You are here: Home / About / Club Profile

The Crawley Amateur Radio Club (CARC) was formed over 40 years ago and moved into its present premises Hut 18 Tilgate Forest Recreational Centre, in the early 90’s. We are an affiliated club of the RSGB.

Membership, currently standing at around 60, ranges from eleven-year old youngsters to several octogenarians. The monthly talks and presentations cater for a diversity of technical backgrounds from absolute beginners to well-qualified professional engineers. Members of note include a past President of the RSGB the late John Graham G3TR, and Ron Vaughan G3FRV (now VK6RV), General Manager of the RSGB in the late 60’s. Another member, Eugene Sully G0VIO of Big Brother fame, is doing much to actively promote interest in radio communications and the Sciences in general.

CARC is known nationally and internationally for its pioneering role in a variety of technical fields, including the MB7LF 136 kHz to 2m cross band link station.

Facilities at the spacious Clubhouse include:

Meetings are held every Wednesday evening and Sunday morning, with access at other times for members to use the well-equipped shack and the extensive antenna system on its 60 ft Versatower.

The Crawley Club is a regular entrant in major contests and has achieved success in the annual VHF Field Day.

CARC recognises the prime importance of bringing new blood into the hobby, and to that end is a registered centre for Foundation, Intermediate and Advanced licence examinations. For youngsters, these courses and the facilities available provide a valuable addition to their formal science and engineering schoolwork. Newcomers are given the opportunity to operate the extensive shack equipment under supervision to contact other stations around the world. A number of past candidates has eventually gone on to graduate from university and entered professional careers in electronic engineering.

Social and family orientated activities include the annual dinner and the annual fish and chip supper. Organised visits to places of interest, both in the UK and abroad, some are often carried out jointly with other local radio clubs.

CARC in the Community

In the event of a major civil emergency the club has a potential community service role as a back-up source of trained radio operators and equipment, available on call by the local Emergency Planning Officer.

CARC supports local Scout and Guide camps such as “Jamboree on the Air” with a portable radio station allowing young people to talk directly to similar Scouting or Guide groups in the UK and overseas.

Attracting enthusiasts from around the UK the well-equipped clubhouse is a popular venue in radio amateur circles, hosting specialist technical interest gatherings covering topics such as LF communications, laser communications, and microwave techniques.

Putting Crawley on the Map

In 2006, for the third successive year, the RSGB held its International HF Convention at Crawley’s Gatwick Worth Hotel, and again invited CARC to participate in organising and staffing this prestigious 2-day event, which attracted amateurs from around the world.

Forthcoming events are publicised in the bi-monthly club newsletter and also on the club website. 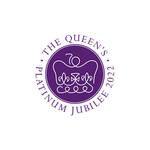 CARC is pleased to have been granted use of the GB70E special event callsign on SSB for both 19th and 26th of June. We will be operating the club shack on both days and encourage … END_OF_DOCUMENT_TOKEN_TO_BE_REPLACED

For the first time in three years, the RSGB Convention will be taking place in person over the weekend of 8/9 October. It's open to all so no RSGB membership is required. The … END_OF_DOCUMENT_TOKEN_TO_BE_REPLACED

CARC will be taking part in the Mill on the Air event on Sunday 8th May. We will be establishing an HF station at the Ifield Mill operating as GB0IWM (Ifield WindMill). If … END_OF_DOCUMENT_TOKEN_TO_BE_REPLACED

As of Sunday 13th February 2022 the Clubhouse resumes normal operations and is open for Sunday and Wednesday meetings. The Committee will continuously monitor the situation going … END_OF_DOCUMENT_TOKEN_TO_BE_REPLACED

The committee met last night via Zoom and top of our agenda was restarting the twice-weekly meetings at Hut18.  Since the last national lockdown restrictions were removed some … END_OF_DOCUMENT_TOKEN_TO_BE_REPLACED

Congratulations to our own Stewart G3YSX on his election to the position of RSGB President. More to follow... … END_OF_DOCUMENT_TOKEN_TO_BE_REPLACED