We are right at the bottom of the solar cycle between cycle 24 and 25. December 2019 saw the record for the most continuous time with NO sunspots observed at all. That’s not to say that there is nothing about to work. Since the New Year there has been a great deal of DX about. At CARC we have our very own ClubLog league. If you’re a CARC member you can join the CARC ClubLog group and have your QSOs recorded as they happen. Most modern computer logging software can be configured to automatically upload to ClubLog and your call will appear in the table below. We can expect to see HF conditions steadily improve over the next few years. Things will get (even) better.

On the 21st February 2020, Ofcom launched a Consultation on EM-Field exposure —Proposed Measures to Require Compliance with International Guidelines for Limiting Exposure to … END_OF_DOCUMENT_TOKEN_TO_BE_REPLACED

The RSGB is supporting clubs and societies to get on the air during the current COVID situation. Click on the picture above to find out what's happening and to take part in the … END_OF_DOCUMENT_TOKEN_TO_BE_REPLACED

Times are certainly strange. I hope that you and yours are all well. Life at KAD towers is slightly strange. My wife works at Crawley Hospital and is leaving home each morning, … END_OF_DOCUMENT_TOKEN_TO_BE_REPLACED

Given the recently updated advice from the UK Government advising against all non-essential social contact, CARC will not be holding our regular meetings at Hut 18 for the … END_OF_DOCUMENT_TOKEN_TO_BE_REPLACED 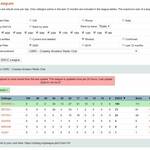 We are right at the bottom of the solar cycle between cycle 24 and 25. December 2019 saw the record for the most continuous time with NO sunspots observed at all. That's not to … END_OF_DOCUMENT_TOKEN_TO_BE_REPLACED